Cuisine of Tahiti and her Islands 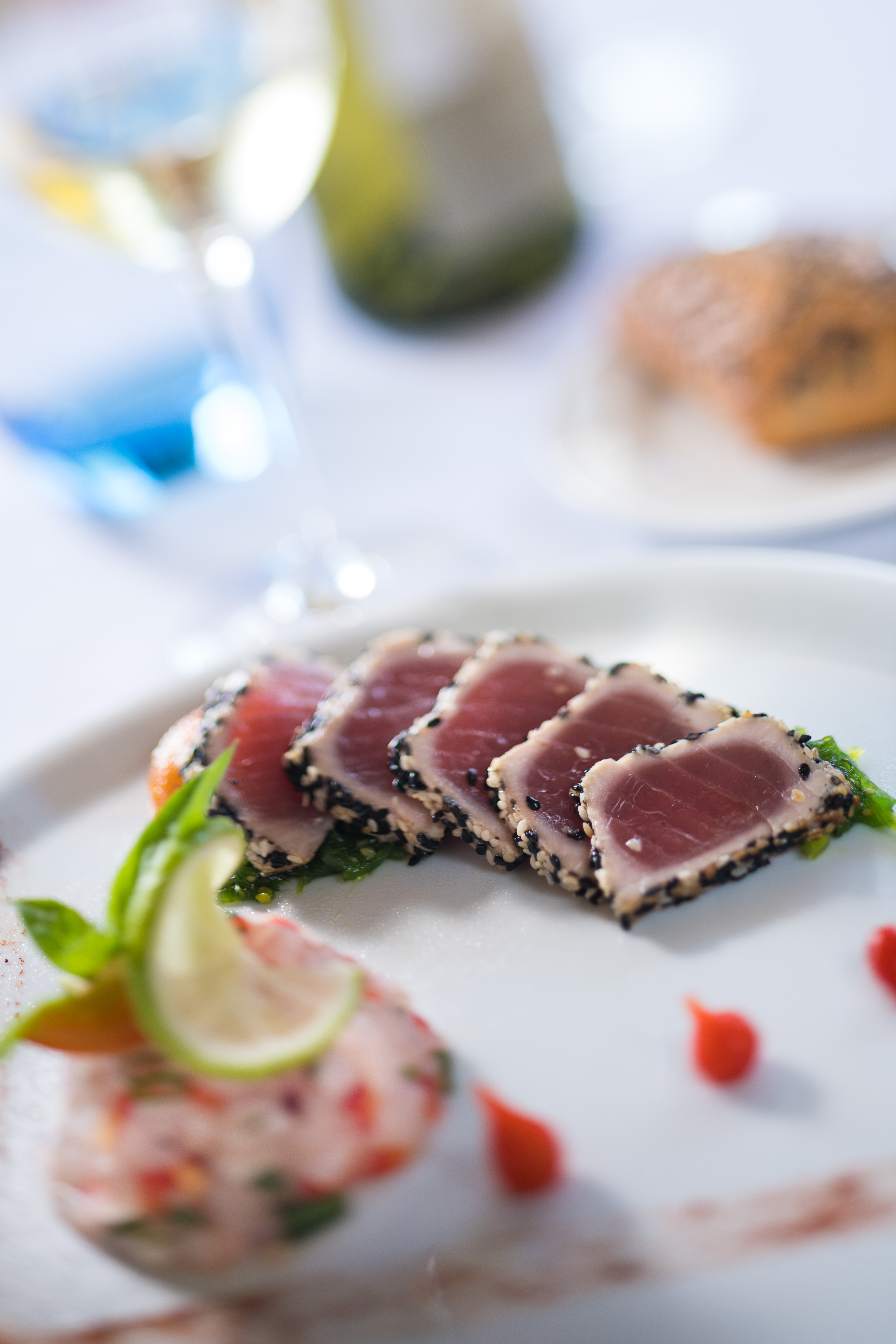 The cuisine of Tahiti and her Islands is the great and rewarding result achieved by nearly a century and a half of exchanges and osmosis between the ethnic and cultural communities that have lived in our islands. It is a simple yet sophisticated cuisine: “Simple” because it is a natural cuisine that remains based on the use of fresh products with minimal mixing of ingredients. And “sophisticated” because the Polynesian cuisine declines an infinite palette of flavors and perfumes that harmoniously combine to each other’s, while preserving the individual taste of each of the ingredients used.

The cuisine of Tahiti and her Islands, it is also – and perhaps most importantly – the diversity of the dishes offered in the many restaurants of the capital and archipelagos: There you will discover a real farandole of exclusive tastes and sensations, tasting either typical Polynesian dishes, or Asian dishes, or dishes from French gastronomy. And the most remarkable feature of this unprecedented cuisine style is that the different culinary influences have, over time, adapted to one another by borrowing from each other’s some ancestral little secrets; to the point that some restaurants offer dishes realizing a true fusion of the various influences.

Originally, the cuisine of Tahiti and her Islands was that of countries cut off from the world and having only the resources offered by nature: The preparations were based on fish, coconut milk, roots, tubers and endemic fruits … But the meat was absent, just like cereals and dairy & cereal products … Chickens, pigs, flour, sugar and other Western products & goods were at first introduced by the early British sailors … Soon, Polynesians adopted and appropriated these new food sources, aside their ancestral culinary traditions, revealing once again on this occasion, how the Polynesians had proved adaptable and open-minded in the early years of colonization process … At the end of the 19th century, the arrival of a large contingent of Chinese workers “Hakka”(coming from the Canton province), introduced rice and new culinary influences that quickly seduced the populations and brought new inspiration to the chefs … to the point that our Chinese cuisine is of such a quality and of such a sophistication level that it currently equals and sometimes even supplants the reputable cuisines of some regions of China and South East Asia (that, in the opinion of a majority of experts)…

We here need to eradicate the extravagant beliefs that whale meat and turtle meat are still consumed in Tahiti; for that is simply false: Whaling is forbidden since the middle of the 20th century. As for turtles, their hunting and the consumption of their meat are also strictly prohibited.

Last but not least, we are keen on mentioning some emblematic dishes from our multicultural culinary traditions:

Therefore, your trip to Tahiti and her islands can also offer you the attractive opportunity to discover that unprecedented, engaging and unforgettable Polynesian gastronomy. Not to mention the significant bonus of an exceptionally diverse array of French, Californian and Australian wines … The many restaurants in Tahiti and her Islands offer very wide choices. And prices are quite comparable to average ones in both Europe and North America.