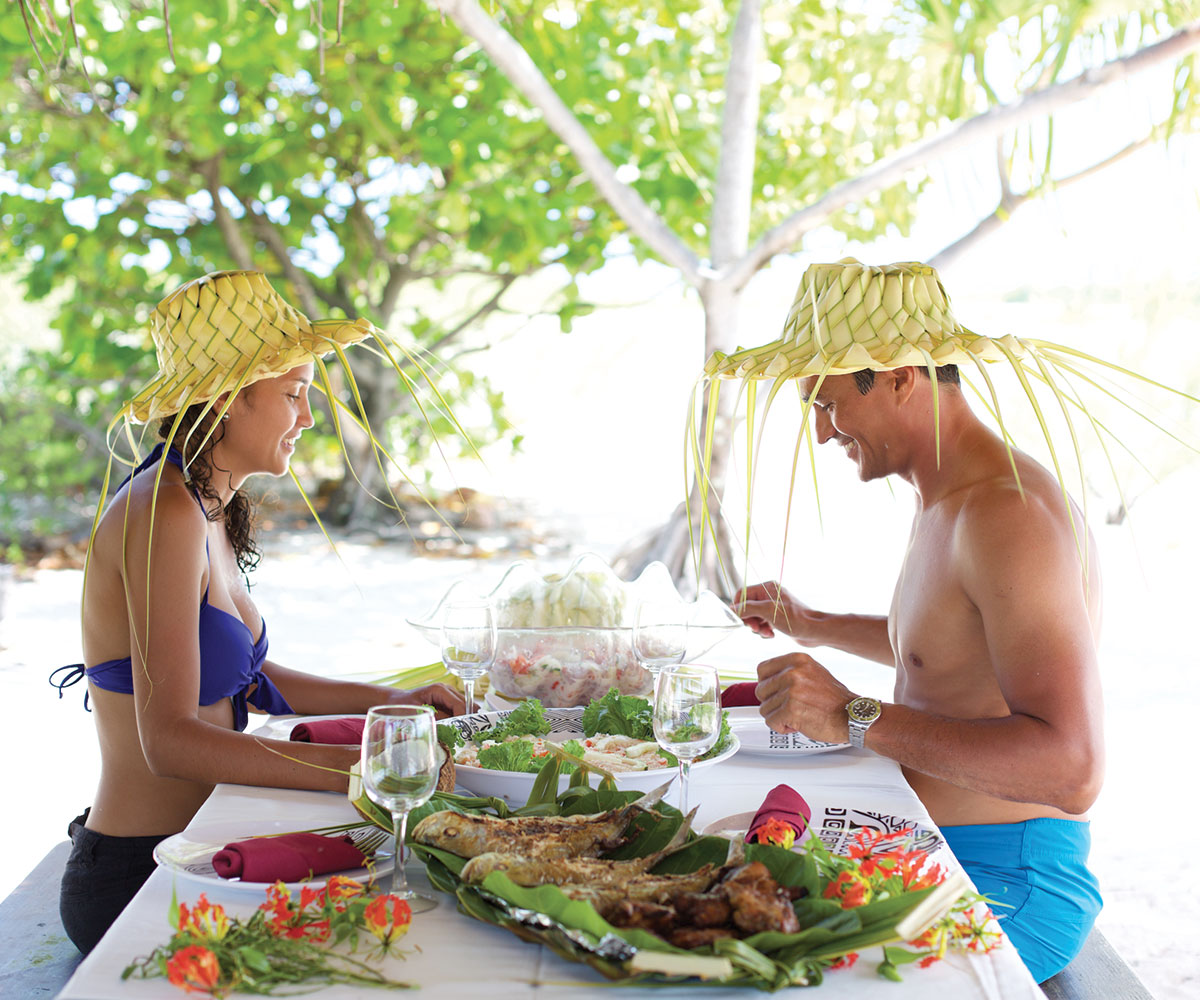 Polynesian cuisine is a unique cuisine. It is a diet that has been influenced by the culture of the Pacific Islands.

The food is largely based on seafood, but also includes other meats such as pork, poultry and beef. The most notable feature of Polynesian cuisine is its use of coconut milk in many dishes. The cuisine also uses taro root, yam, breadfruit, banana, and pandanus leaves to make various dishes.

During large family meals or important events, the “ahi’i ma’a” (Tahitian oven) is a must! The “ahi’i ma’a” consists of wrapping the dishes in banana leaves before letting them cook in the earth using hot stone and sand to smother it.
The ingredients are often grown in the rich soil of Tahiti and the fish are freshly caught for incredible dish quality.

Some recipes not to be missed! 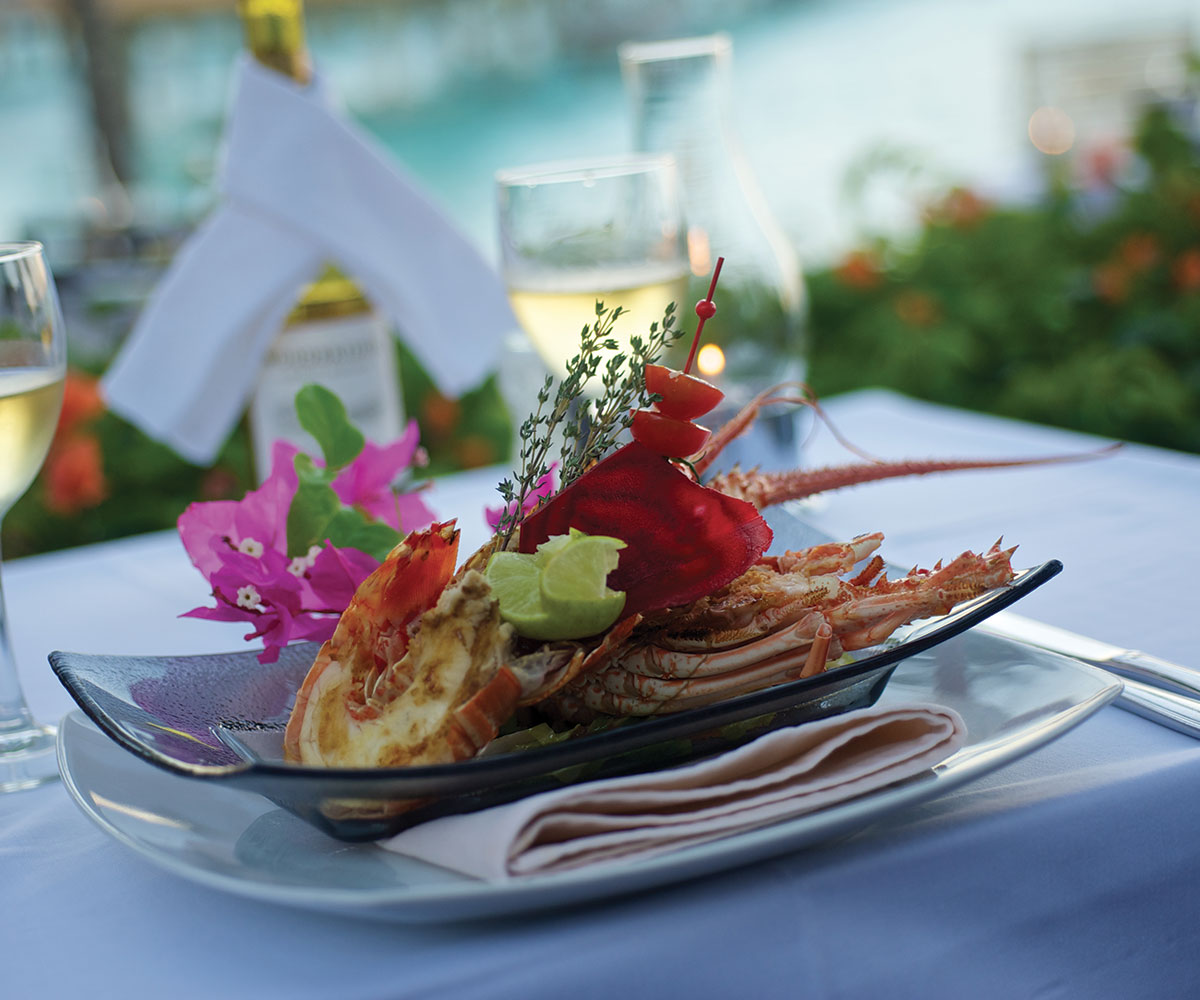 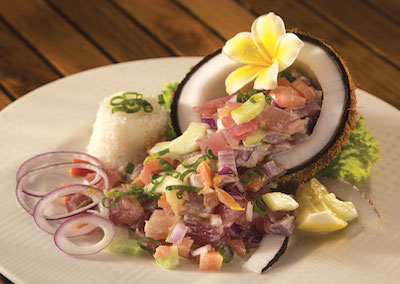 A well-known dish: raw fish with coconut milk! It is made up of pieces of tuna (red or white) with carrots, tomatoes and cucumbers. Add lemon, salt and coconut milk to enjoy an authentic Tahitian raw fish to enjoy with hot rice! 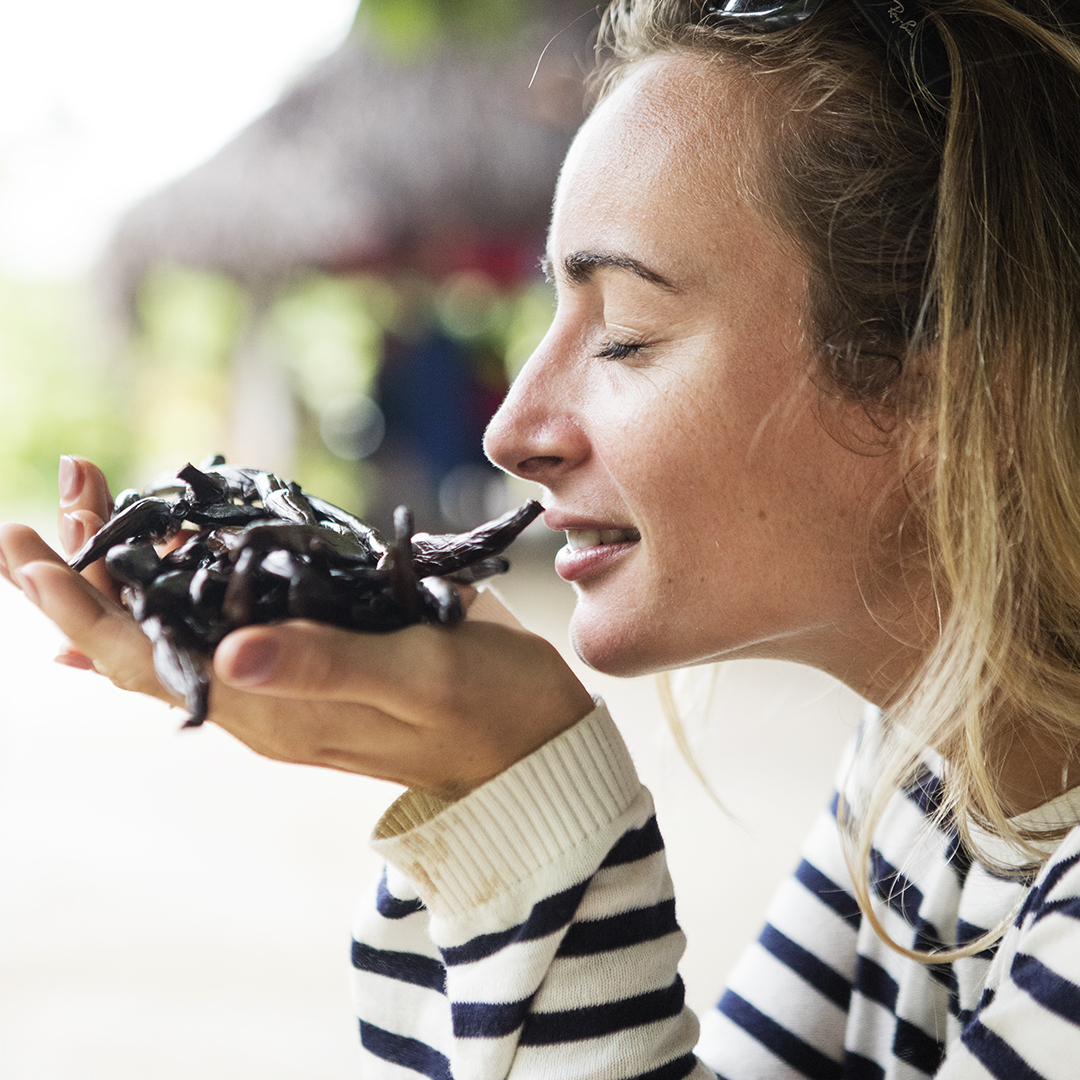 Discover a delicious and surprising dish: Mahi Mahi (sea bream) with vanilla sauce! It is a dish well known and loved by the Tahitian population who appreciate a good piece of grilled fish with a vanilla sauce from Taha’a. 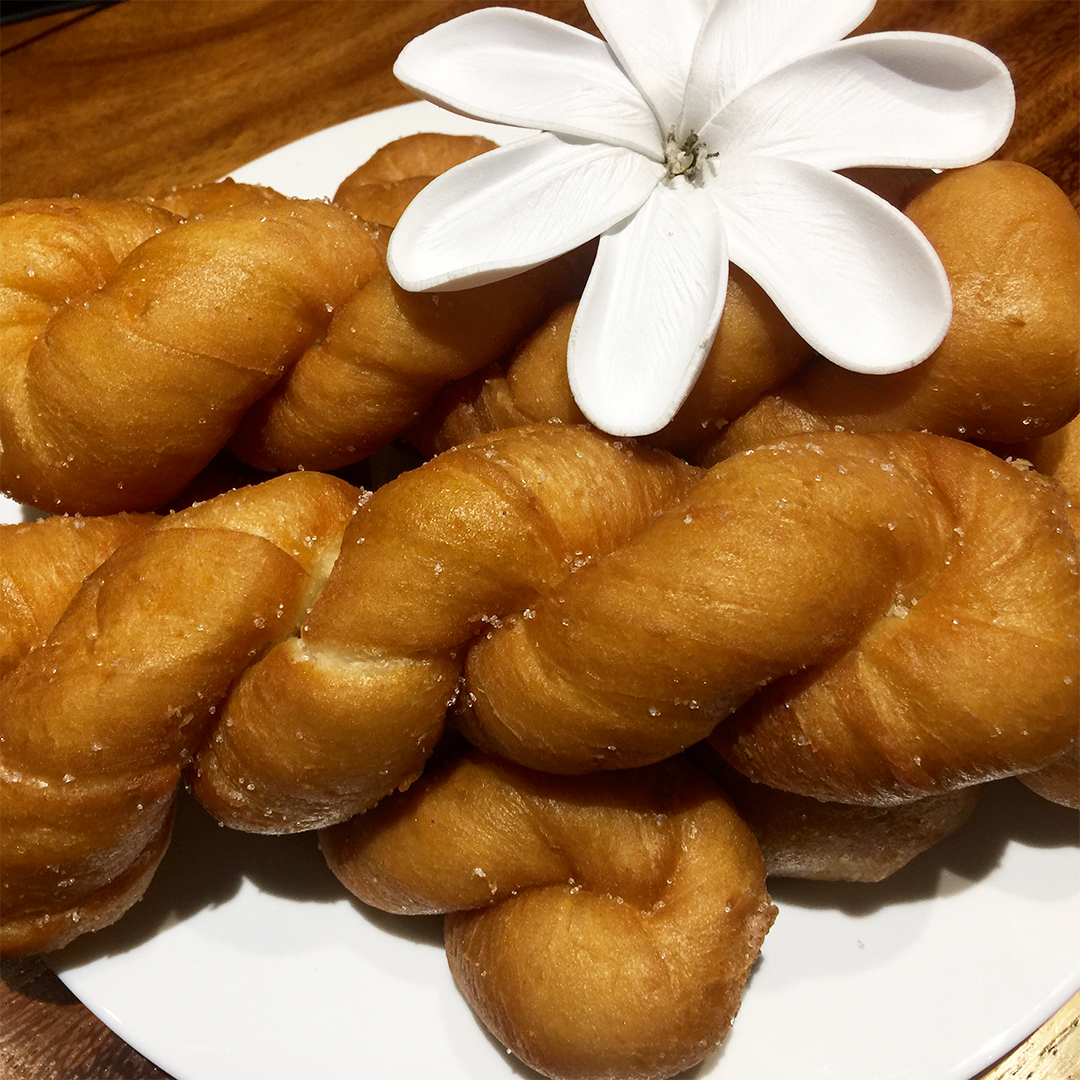 Discover the Tahitian donuts: firi firi with coconut milk. It is one of the Tahitian specialties that we eat for breakfast or taste with butter, spread or plain. 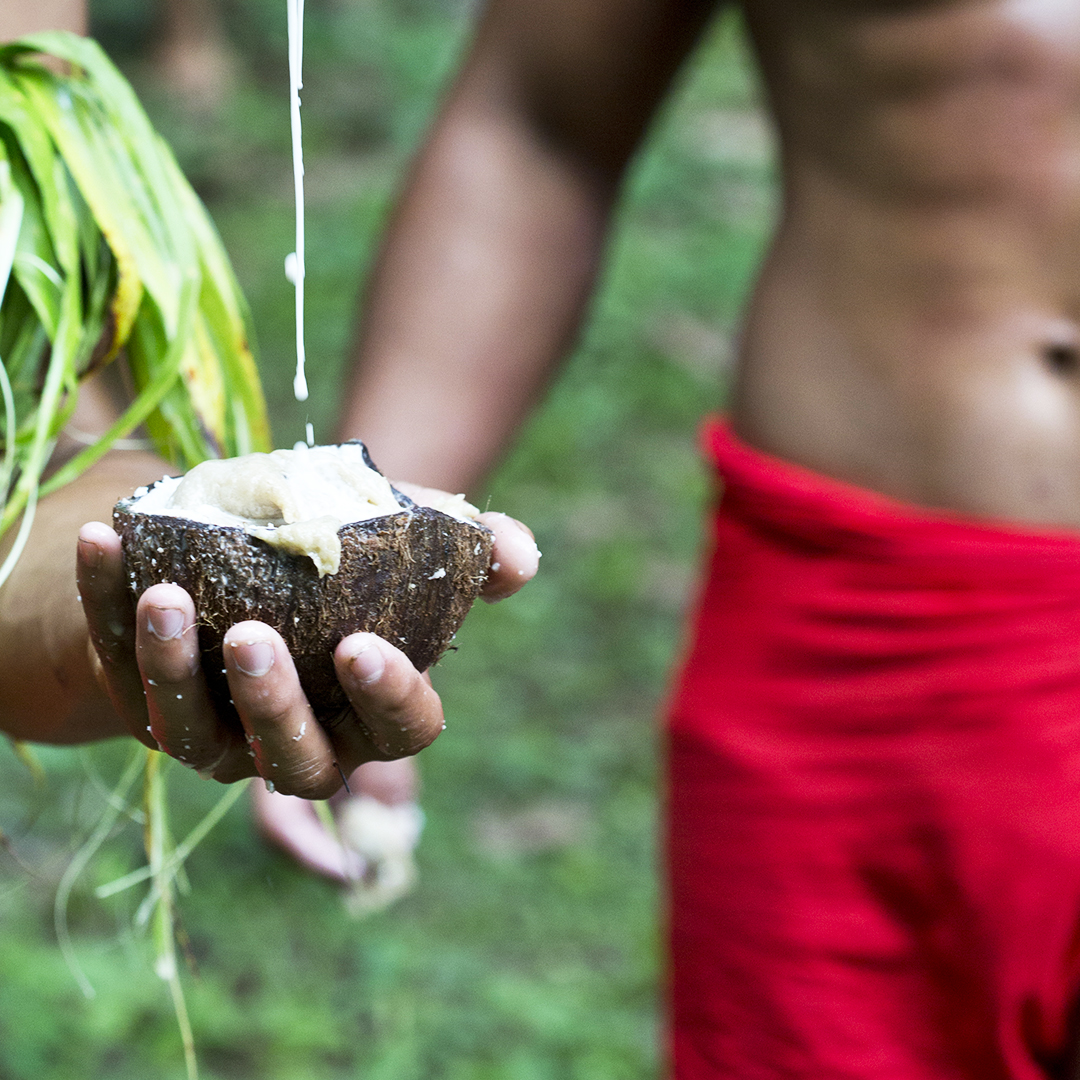 A traditional Tahitian dessert that all locals love! It is a dessert made from ripe bananas, sugar and starch. Enjoy this good taste of banana in coconut milk. 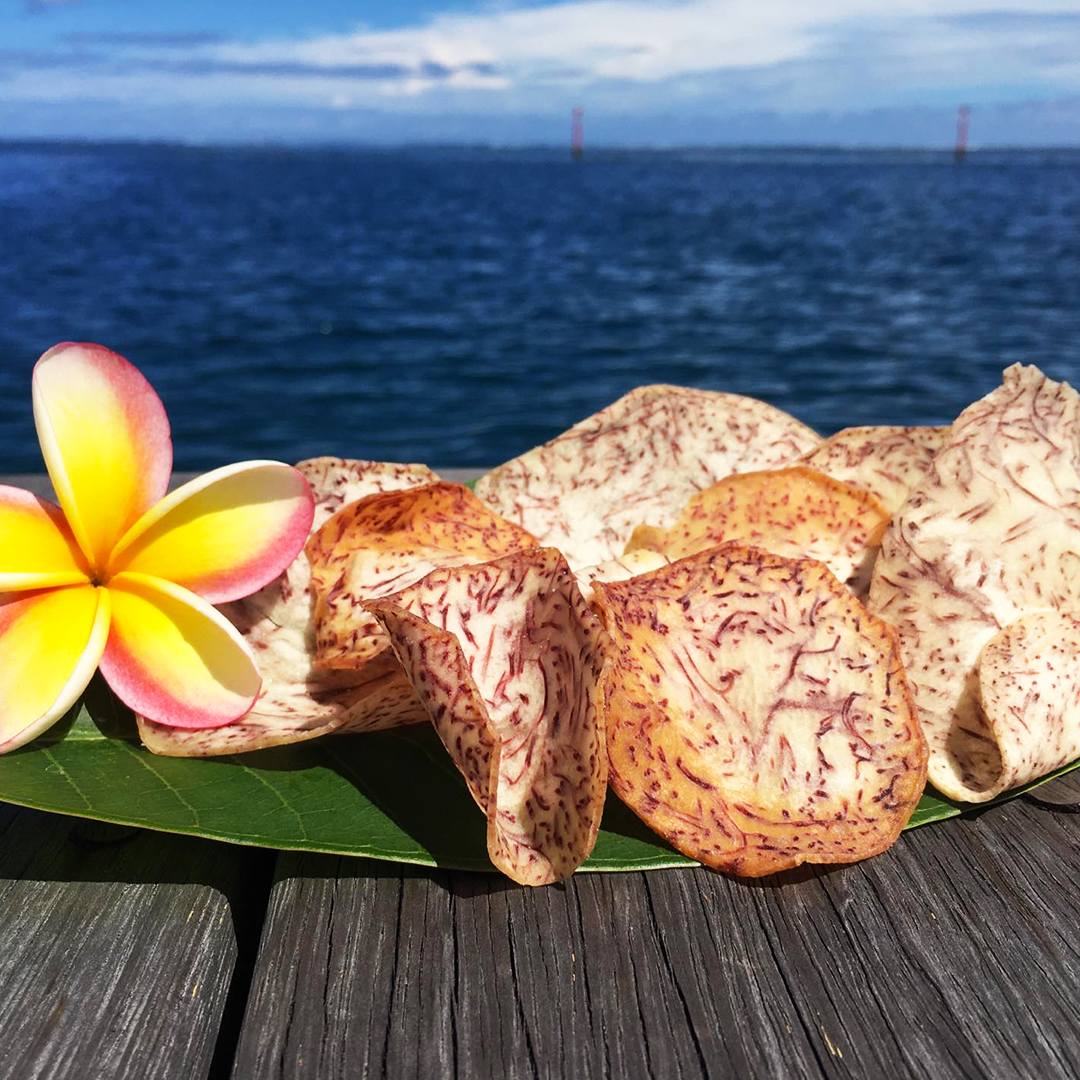 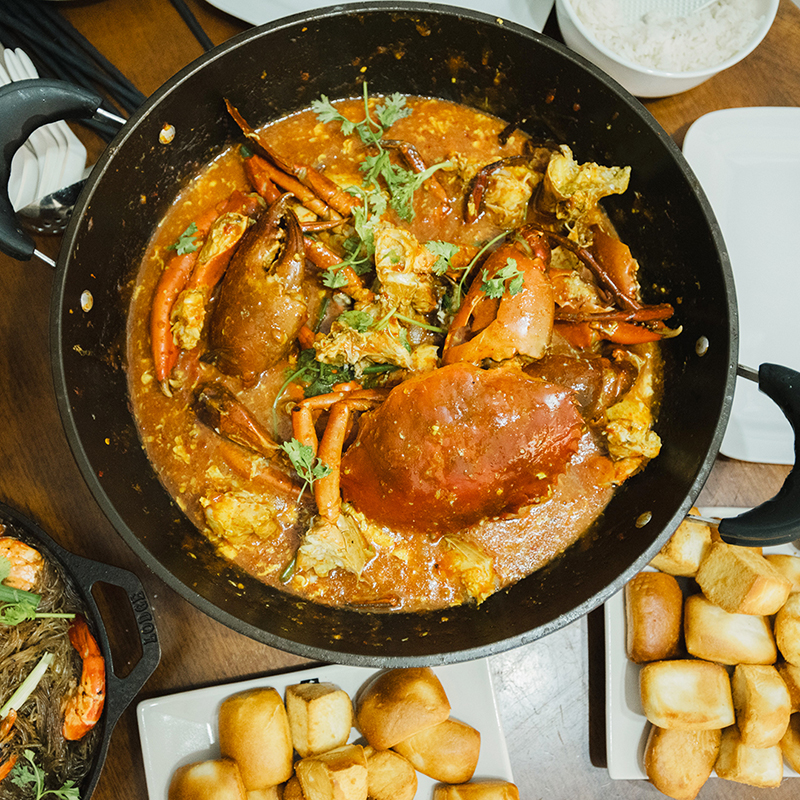 A dish full of taste with a mixture of Indian and Polynesian flavors: crab curry with coconut milk. Opt for a recipe high in flavors with a garnish from the sea, let yourself be seduced. 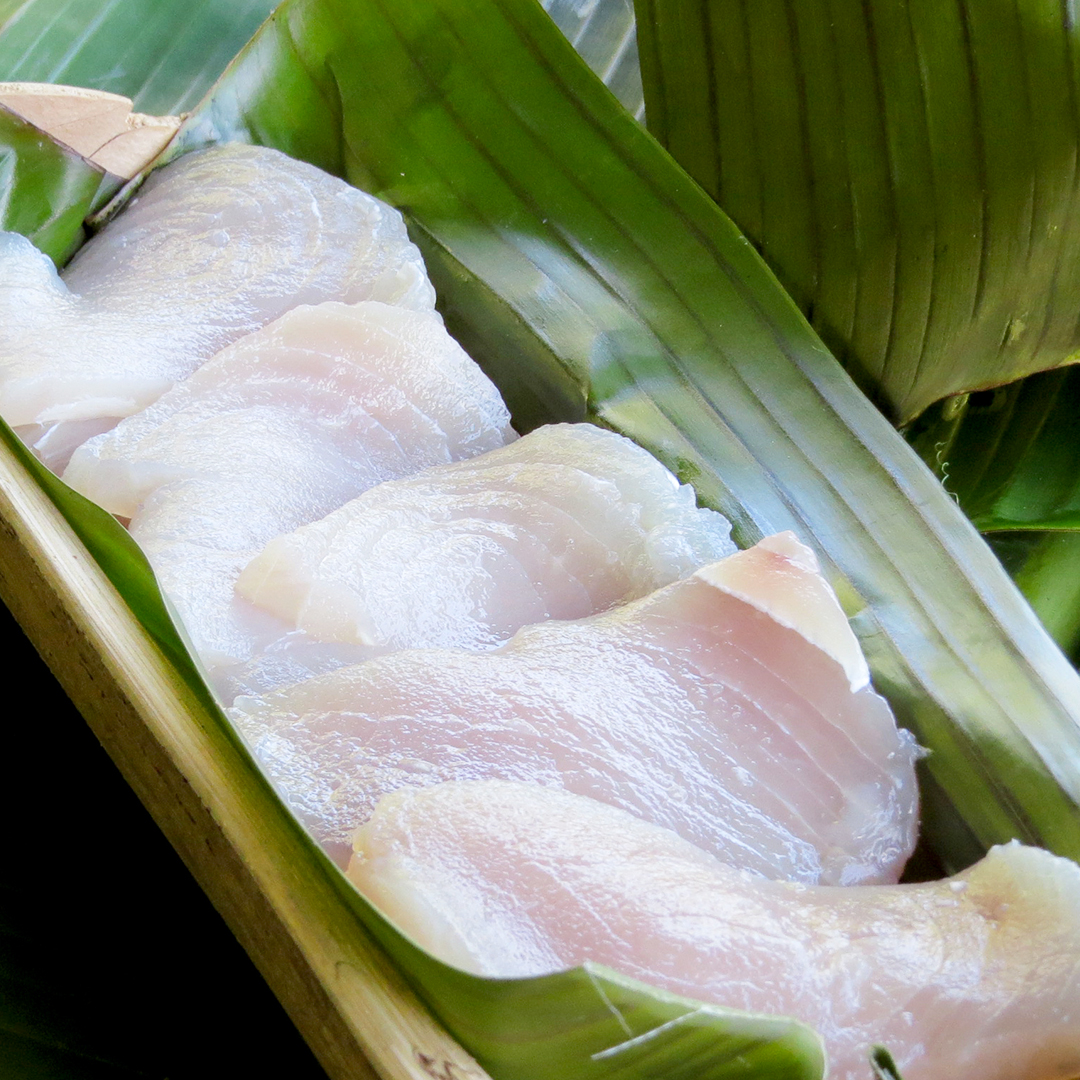 Discover the Tahitian fish stuffing. You can stuff vegetables and meats to make your dishes tastier with Polynesian flavors. 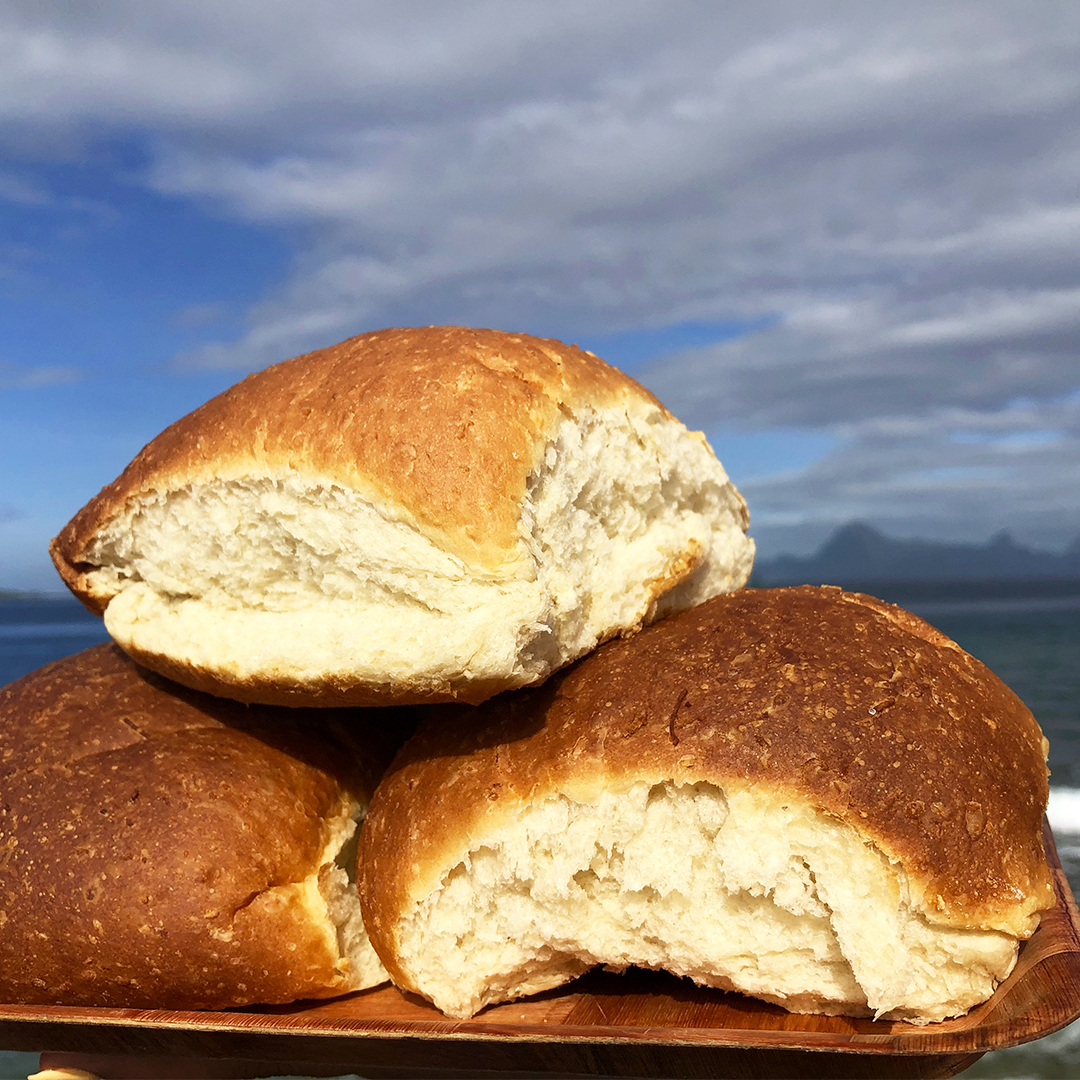 We all know the French baguette but do you know the traditional Tahitian bread: coconut bread. This is a bread made with grated coconut and coconut milk, a pure delight! 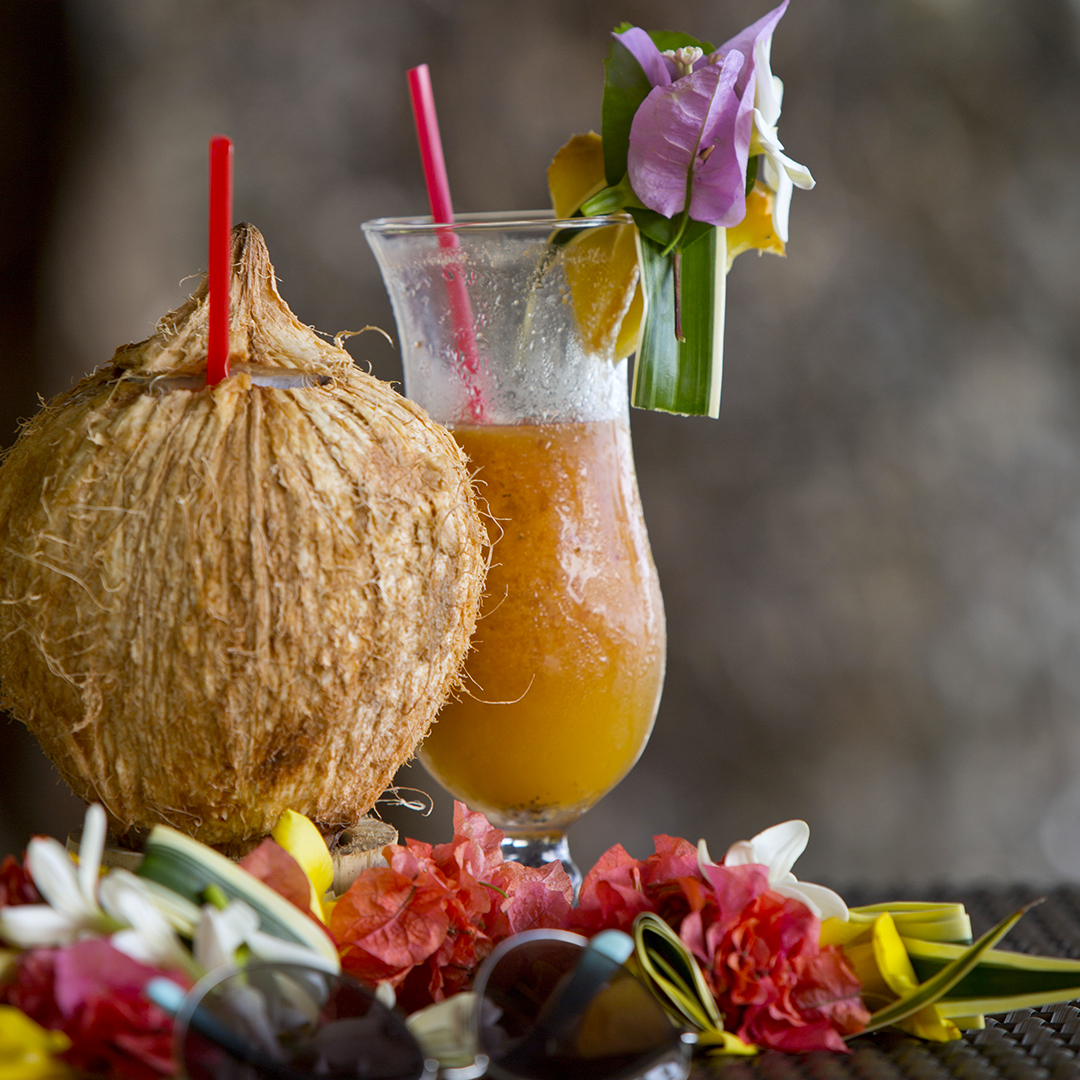 Want to drink a good cocktail? The Maitai cocktail is the essential cocktail in French Polynesia! If you like sweet and sour rum-based drinks, this cocktail is for you.